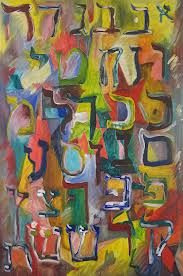 Misgabbi, Yisi, Maginni, Suri, Eli (2012) is for a reduced symphonic orchestra and loosely based upon the text for Psalm 18:1-2. Aleatoric elements are used to create a sense of atmosphere and allow space for electronic recordings of rain and the original Hebrew text. Both of these have a great significance in my life, the verse is my life verse and in my family’s history rain is a sign of good fortune and that the events taking place in your life are headed down the correct path. The themes following the opening are an exploration of spectral analysis and chromatic harmonies and emphasize the use of Tritone relationships. Included in the opening is a disguised and distorted harmonization and development of the Lutheran hymn, A Mighty Fortress is our God, which is later quoted unaltered and devolves into the finality of the piece. The text is presented in several languages, demonstrating how the text developed throughout time and the process of conversion into common languages, both written and spoken. This work was premiered at Colorado State University in the Spring 2013.

The first 30 seconds of the live recording were lost and have been replaced with a .midi rendering.